Musically, 2018 has been a high-point for Layla and I, with the release of Red Goddess (of this men shall know nothing) in March, to which we must give our profound thanks to Ben Goldberg and Katie von Schleicher at Ba Da Bing! Records, and to also Ben Chasny for originally introducing us. We’re so pleased with all the positive reception that the album has got, and its inclusion in a variety of end-of-year lists – of which we’d particularly like to thank The Quietus for placing us at #18!

As mentioned earlier, returning to playing live has been a revelation – it’s been nice to play a gig every few weeks – although we’ve not got further south than Birmingham… YET. Advance notice that we will be playing Manchester Folk Horror Festival on the 2nd of Feb, and the National Library of Wales as part of Listen to the Voice of Fire on 15-16 March. 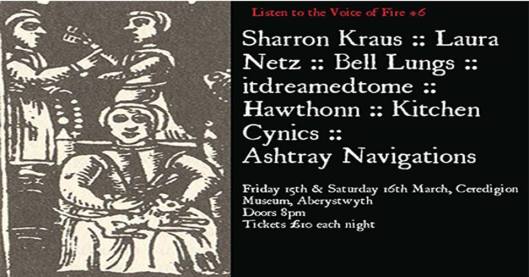