I am very pleased to say that Scarlet Imprint recently announced that they will be publishing An Excellent Book of the Art of Magic: The Magical Works of Humphrey Gilbert and John Davis. Here is their description, to whet your appetite:

The Excellent Booke and Visions – transcribed from British Library Additional manuscript 36674 – are edited and introduced by Phil Legard, with supplementary essays by Dr Alexander Cummins. The works are important documents of 16th century magical practice, preserving a detailed account of the making and the use of a grimoire. Practitioners may also be drawn to the relative simplicity of the rites contained within the Excellent Booke. Gilbert, and his scryer John Davis, reduced the complex rituals of necromancy to their essentials: the crystal stone, the scryer, the conjurations and the forceful imposition of the master’s will over the demons he seeks to constrain.

This is a volume that I have been working on, now and then, for quite some time: the project began circa 2013, originally intended for the late James Banner’s Trident Books, who I had collaborated with on an edition of John Dee’s Libellus Veneri Nigro Sacer in around 2011. I believed that Gilbert & Davis’ two articles – the first a magical grimoire, the second a detailed record of the visions experienced by the pair – were important for both scholars and practitioners. They present a rare record of ritual magic practice, predating Dee’s spiritual diaries by around two decades, and – moreso than the work of Dee – being grounded in the demonic magic of medieval necromancy, albeit a heavily Protestant reworking thereof. 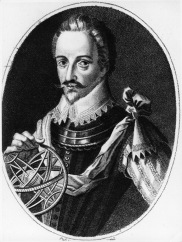 However, the project foundered for a variety of reasons, and James was later overtaken by health issues. Fortunately, after reading my transcription, my friend Dr. Al Cummins shared my enthusiasm for the work, and we have both done a variety of articles and presentations on the subject over the last few years. For this edition, Al has completed three significant supplementary essays, exploring in detail the content and contexts of the Excellent Book and Visions.

An Excellent Book of the Art of Magic will, we hope, be released in the first half of 2019.

I must also take this opportunity to offer my profuse thanks to Peter & Alkistis for sending Layla and I a copy of Peter Mark Adams’ The Game of Saturn, and the accompanying Sola Busca tarot deck. First, let me say that the execution of both book and deck are impeccable: the book in particular is an incredible feat of design, with numerous colour images complementing the exemplary typesetting. 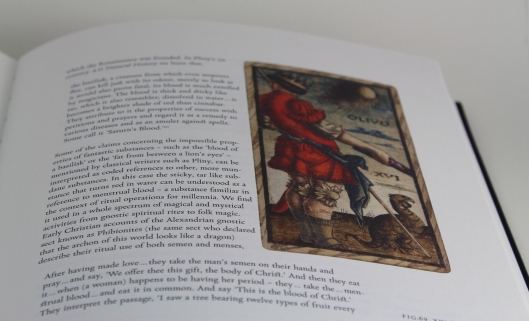 The Game of Saturn (photo by Scarlet Imprint)

It’s taken a long time for me to actually be able to write anything about these pieces, since both the deck and the book are incredibly symbolically dense. I really don’t know where to begin with actually employing the Sola Busca deck practically, but its enigmatic nature draws me back to it every few days, to skim through the cards and ponder their imagery. As for the book – while I don’t fully buy into Adams’ gnostic pact hypothesis, he has done an amazing job of collecting together a bewildering tableau of literary and artistic sources which paint a vivid picture of Neoplatonic mysticism during the flourishing of the Italian Renaissance in the late 15th century: the intrigues of pagan-apologist Gemistus Pletho, and allusions to Porphyry’s Cave of the Nymphs were particularly captivating. But there is also a jarring reminder of the violence and amorality implicit in the role of the elite, as evidenced by the deck’s bloody parade of warlords and traitors: there is a sense that this is certainly for a select audience, and the darkness does lend some credence to Adams’ idea of an allegiance with a diabolical demiurge… or at least betrays the reflection of somewhat sinister preoccupations.

This aside, the act of reading The Game of Saturn is overwhelming – I can only liken it to the work of Kenneth Grant in respect of being deluged with striking symbol, after striking symbol, and the feeling of intruding into an utterly alien space. Like Grant’s work, The Game of Saturn can be read as a magical text, opening up new vistas, quite strange to modern eyes and minds; a dream-provoker. Shortly after starting the book, I had a dream that still continues to resonate with me:

I discovered a 15th century Italian painting of the lunar goddess. At the bottom of the picture is a still pool. From it, a pale female body rises, submerged up to its thighs. As one follows the curves of the body upward, one realises that it is actually a negative space image, and what seemed to be the torso is actually formed by the shape of a clearing in the trees that surround the pool. The sky beyond is pale – half rose, half silvered, and a small cluster of clouds in the centre of the ‘torso’ catch the reddening evening light. The picture omits her head: the top of the canvas ending at her shoulders. From between the legs of the goddess, a number of forms are pouring forth into the pool. I cannot work out what they are at first: grey and tear-shaped. Eventually I realise that they are stylised oysters! [This ‘pool’ must be part of a tidal estuary!]

This image still haunts me – although it is ten months since I had the dream. I’ve since set myself the task to try and actualise it – hopefully in a way that won’t come off as a bad Dali pastiche!

I’ll finish up this post by mentioning that Hawthonn have a variety of engagements coming up over the next six months. The most immediate are gigs in Leeds (Chunk, 26th October) and Birmingham (Hare and Hounds, 21st November) – flyers below! If you’ve not yet heard our album Red Goddess (of this men can know nothing), rectify that here!

1 thought on “Of Excellent Bookes, the Demiurge, Dreams and Autumn Musicke”