A few recent bits and pieces:

The Bright Sound Behind the Sound

My paper from the ASLE-UKI biennial conference on ‘Green Language’ has been uploaded to academia.edu. This was read as part of the Alchemical Landscape panel session, and I’m grateful to Yvonne Salmon for inviting me to participate. I feel that this is one of my best pieces of academic writing thus far, and am currently working on a revision for peer-review and publication in 2016. I’m very encouraged by the feedback I got on the paper from its various subjects: Kim Cascone, Katharine Norman and Nikos Stavropoulos. You can read my earlier contribution to The Alchemical Landscape symposium here, and my last blog post is a companion to some of the themes explored in the recent paper. 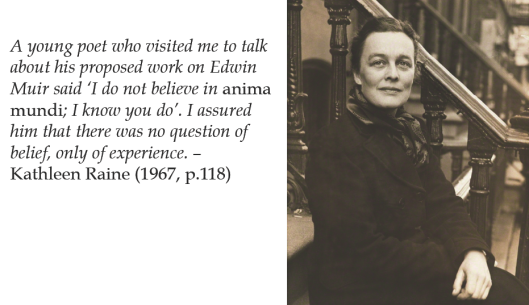 Ben Chasny visited the studio of Dublab radio to record an interview for a special programme about the Hexadic system. The programme also features excerpts from a telephone interview with myself. The phone line was fairly bad, but I hope you get the gist of what I had to contribute to Ben’s own calm, lucid explanations! They were also kind enough to play two tracks from Sorath.

You can listen/download here… and Ben has Hexadic II coming out soon.

The Belgian alternative music magazine Gonzo (circus) recently published an insightful fulll-page review of Angelystor (- which is nearly sold out, btw!). Below is a rough English translation, compiled with the assistance of Oscar Strik. Many thanks to Griet Menschaert for writing this:

Around 2012, Layla Legard fell under the spell of ancient trees, and more specifically that of the yew – in Dutch translated as ‘poison-tree’ (vinjinboom), a conifer that would be thousands of years old, according dendrologists. The oldest specimens are probably in Wales, in the cemetery of Llangernyw, which are, according to the legends, also haunted by a ghost called Angelystor. While in that neighborhood, the artist collected field recordings, and made them photographs showing something in a subtly insinuating manner of the terrible myths surrounding this dark tree and the spirit that inhabits it.

Legard’s partner, Phil Legard, composed a piece of music around this project, in which he tries to express the legendary powers of the tree. In the accompanyting book, which also includes Layla’s pictures, Phil explains inter alia how their personal stories ran parallel to the accumulation of knowledge about the yew. Legard says the yew was already known in both the Celtic and Roman paganism, and that interpretations over the centuries often described it as a symbol of death. For the artists it was therefore impossible to separate the the miscarriage of their first child, which took place during the creation of ‘Angelystor’, from their research. The yew is found in cemeteries and is poisonous. But, at the same time it is an evergreen tree, which, according to tradition again, stands as a symbol for perseverance and everlasting life of the soul. More than enough material to make a complex and fascinating piece of music, according Legard it is one of his best so far.

The piece lasts just under forty minutes and goes back and forth dramatically between whisper quiet and hard: Angelystor “emerges slowly as a spirit with the voice of a monstrous crow”, says Legard. The first few minutes are very calm, you will slowly but irreversibly enter a fairytale setting that as imaginative as it is exciting and incomprehensible.

The book in itself is not so strong on its own, but it is an enriching manual for the sound work. You will find a literal explanation of the history of the poison-tree and Angelsytor, and the artist explores links to his personal life to explain why the process of creation was so emotionally intense for both himself and his wife. The writing style of Legard does not enchant, but this is in fact irrelevant: it is enjoyable as a clarification of why and how the musical work arose.

A few pages in the book are indeed absolutely beautiful. They are those in which a stunning visual representation of the music – also made by Phil – is available. It is begins as an abstract composition, as it progresses more and more concrete elements are incorporated like crows, coffins, the sun and the word non-child. The work is divided by analogy with the day, it starts in the late afternoon and ends in the morning. Even if these things are described in the personal language of a contemporary composer, as a layman you can clearly follow where the harder and darker atmospheres are stressed.

All in all, this package of CD and book are delightful toys. You can listen and watch the pictures of Layla, read the myth and the personal story of the artist, study the composition drawings …

It’s stimulating and attracts you with your thoughts toward an ancient civilisation, which is endlessly beautiful in its terrifying splendour. Contemporary romanticism! 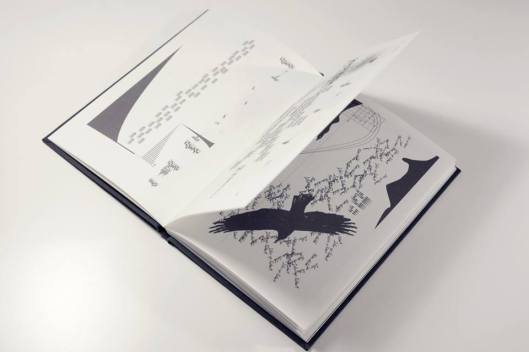 I’ve contributed an essay to a collection of non-fiction curated by the Folk Horror Revival Facebook group’s Andy Paciorek and John Pritchard. Lots of great contributors including Kim Newman, Philip Pullman, Alan Lee, Gary Lachman, Thomas Ligotti and Drew Mulholland. My piece is entitled The Haunted Fields of England: Diabolical Landscapes and the Genii Locorum – more on this presently, I’m sure.